TGS Overview
Taipei Game Show is the one and only game exhibition in Taiwan since 2003. It began as the first ever entertaining gaming event in Taiwan, and has expanded its scale throughout the decade. Growing into 3 sectors: B2C Area, B2B Zone & Indie Game Festa and Asia Pacific Game Summit, Taipei Game Show provides public branding, business chances and gaming trend in one hand.

B2C Area
B2C Area is like an amusement park for game enthusiasts with excitement and laughter. Its high popularity among gamers has drawn world famous companies such as Playstation, Ubisoft, Bandai Namco, and etc. to exhibit and bring their latest game titles to Taiwan.

Asia Pacific Game Summit
Asia Pacific Game Summit provides you with the latest gaming trend. The forum is conducted in multi-language as more and more international game professions are interested in Taiwan and Asia Pacific game market. Covering 9 themes in 50 sessions within 2 days, the forum guarantees you an intense and insightful path to game industry.

Taiwan Game Market
Taiwan situates in the heart of Asia. Though the population only takes up 23 million, it is a market worth 1.6 billion USD. Further, Taiwan is the top 4 country by mobile game revenue in Google Play and top 3 country by Asian region ARPU rate, and can be viewed as the gateway to Asia Pacific game market. 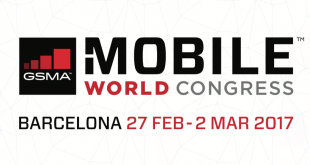